Well we all know about best laid plans...especially with alpacas...any way the plan was rather flawed. Partly because I kept buying white females and our fawn females kept having white cria (after all they had been mated to white males!). Anyway the focus on fawn was abandoned (although we do still hope to breed plenty with St Patrick) and we are happy to breed a mixture of colours (in other words just be happy with what you get!). And a paddock of mixed colours does look lovely. As Mark (Patou Alpacas) spotted from the last blog we are hoping to have more brown and black cria next year.

So we now own a share in a black male; Anzac Viracocha Black Sabbath, who is now at Beck Brow Alpacas for the rest of the summer. He is a handsome blue black male sired by the very highly regarded Cedar House Amar (grand sire Snowmass Grey Legend) and is out of a superb prize winning blue black dam; Viracoch Witchcraft of Anzac 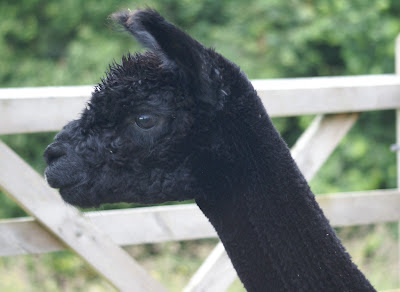 First to have the pleasure of meeting the new boy was Burton Constable April. She is a maiden so we were surprised when she dropped like a stone as soon as she set eyes on him...just as well as he didn't look like he would be knocked back very easily...just a bit keen! 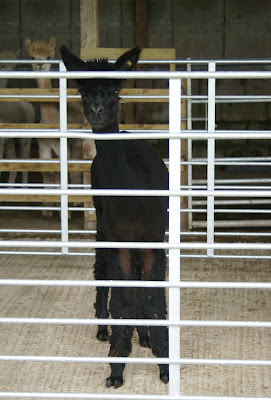 He wasn't really up for posing...once the halter was on he knew what was on the agenda...although Paul does look like he has fallen asleep on the job... 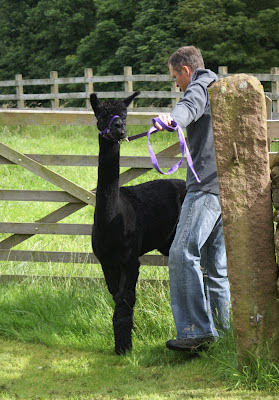 Show me the girls... 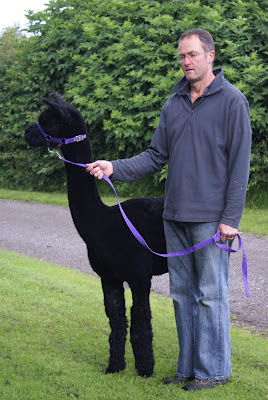 I'm looking even if you aren't 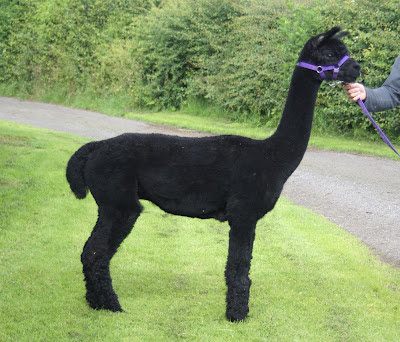 Black Sabbath will be paying a visit to Amanda's girls tomorrow. Waradene St Patrick has a mobile date this afternoon so he will have to go in the trailer, other wise I will have to disinfect the van twice. 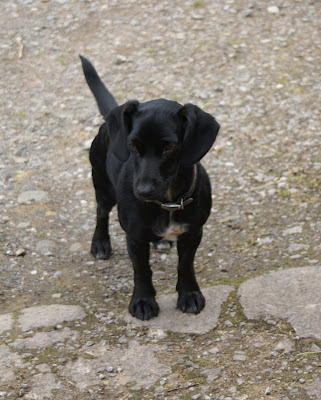 I will remember this blog when when all of our cria are fawn next year!