I have been on observation duty for most of the day...my duties have been two fold; firstly watching Zachary for suckling, and secondly to spot the owner of the diarrhoea.

I had spotted some very loose stool in the paddock this morning, and bottom observation was not revealing the culprit. I had more or less ruled out the whites...it would have been easily spotted...so a brown was high on the suspect list...and I was correct...Holly delivered the evidence. Paul was out with his sample pot, slides were out and the usual floating and sinking conversations were had. Anyway, nothing...not an egg to be found and her latest offering is virtually back to normal...just slightly squishy coffee beans.

The second challenge has been much more difficult. We are not sure quite where we are going with Zachery. We managed to bottle feed him 700 mls of goats milk yesterday..not a vast amount but enough to keep him going. However, he completely refused his 3 am feed this morning, despite my best sleep deprived efforts and at 6 am we could only get 50 mls into him, and that was using a syringe. Now, my excitement grew when I went to milk Minnie, her back right quarter appeared to be down...had he been drinking.? Also he was still 9kgs...might his weight not have dipped a little with only 700mls taken? We gave him his antibiotics and some Boost 'n' Go and let them out.

So I sat and I watched...and watched...didn't go anywhere...rang Paul to bring out the paper and a cup of coffee. Now, I know that you will be thinking this was hardly work, but it was cold and it kept drizzling, so my paper was getting damp...well, over 2 hours later and I still hadn't see him even attempt to drink despite Minnie's nudges. However we still can't get him to drink more than the smallest amounts. He has had honey and some goats yogurt (liked that!) and is strong enough...we are praying if we can just sustain him through today, then his cerebral function may improve tomorrow.

As it is rather damp today the photos are from yesterday. I must get a one of  Zachery for Jayne, not only does he have a 'Z' name but he is a little fancy too! 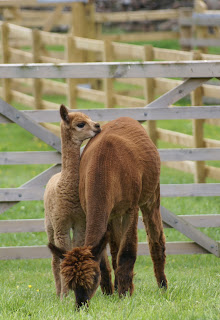 Finesse is always hiding behind Holly 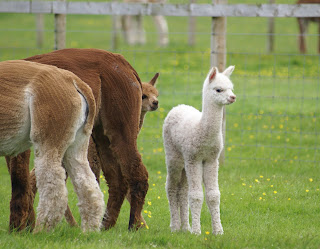 She's behind you Magellan! 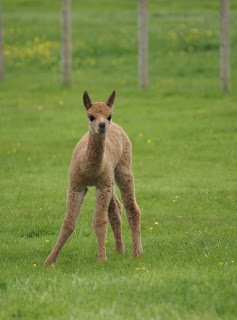 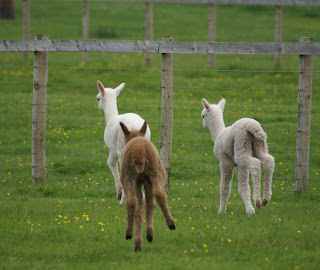 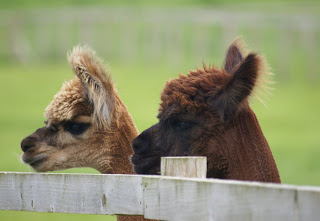 Parisien and Pepsi enjoying the race
Pepsi is ready to be mated and is showing interest around St Patrick. The plan is/was to mate her with Anzac Viracocha Black Sabbath (our shared black male)...however we were expecting him to arrive last week, but unfortunately that didn't happen.
Posted by Unknown at 15:00