Our Latest Addition to the Stud Team

When we bought our first four pregnant females in September 2008 we had a plan; we would buy the ones with the biggest eyes, the ones with the super cute cria at foot, and we would buy one of each colour (white, brown and two fawns). At this point we had purchased our alpacas purely as pretty lawnmowers, and for the pleasure of having some cria around the farm.

By March 2009 we were seriously addicted and decided to make breeding alpacas into a business. This did necesitate a plan...and the plan was to breed elite fawn genetics. Well we were obviously still niave at this point, because as we all know...you might know what colour you want from a breeding...but it doesn't mean you are going to get it!

But then I quickly became seduced by the elite white fleeces I was seeing at the shows... fortunately, this resulted in probably the best decision I have ever made...the purchase of Cambridge Camilla...who was carrying Beck Brow Explorer (our multi Supreme Champion and sire of Supreme Champion Beck Brow First Edition). And so it was for a couple of years, we focused on our whites and fawns, and were happy enough with the occassional brown.

Thus it came as a bit of a surprise to myself...as someone who secretly didnt like black alpacas...when we bought a half share in Viracocha Black Sabbath with Florens Alpacas...note the half share, not ready to fully commit! And so it is that two of our star members of our 2015 show team are black. Whites and fawns remain my passion but I am now happy to have some blacks around...anything but greys...well that is what I thought...I wasn't even secretive about my disinterest in grey genetics... 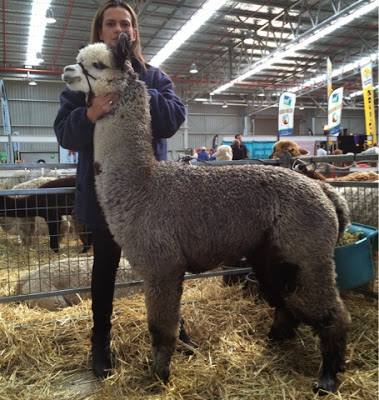 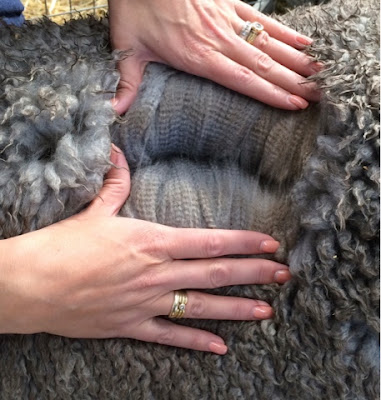 I have been tempted... Beck Brow and Velvet Hall Alpacas are to be the new owners of EP Cambridge Gunsmith (sire: Wyterrica Propaganda) when he arrives in the UK next May. I guess it isnt really about the colour, its about the quality, and that was what made him too difficult to resist.

Talking of blacks, Jimmy Choos is one of our little stars. His dam is the gorgeous Snooty Boots, whose own dam is EP Cambridge Lady Gaga. Both Boots and Lady G are fabulous mothers...and both Jimmy Choos  and Posh Pants have been weaned today...I think mums are taking it worse than the cria are. Jimmy is actually only 5 months old but as he is over 30kgs so he joined the other 15 weanlings. Weights ranged from 26kgs (6 month old on agistment with underweight dam) to the rest between 30 and 42kgs. All cria this year are taking hard food, including little Bond who started eating Camelibra at 3 weeks. 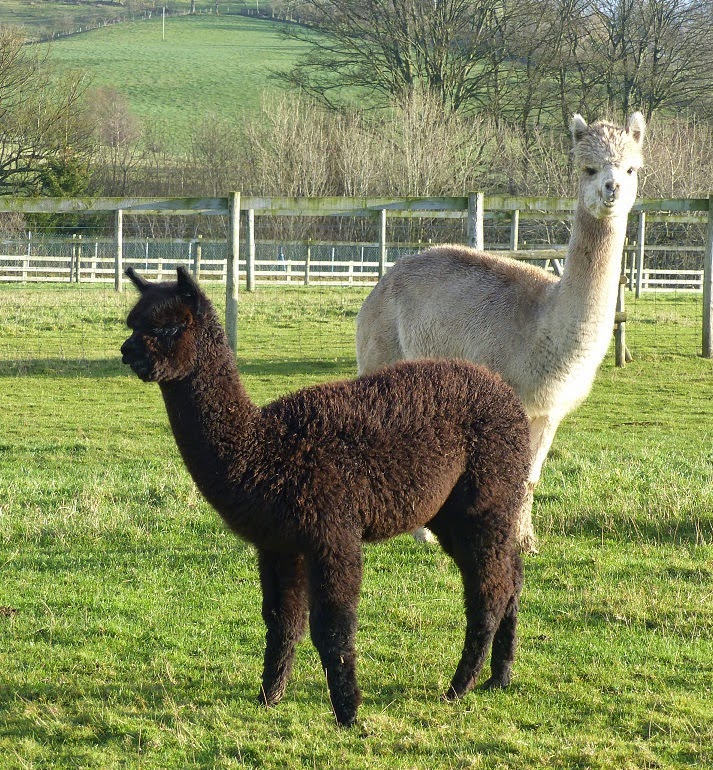 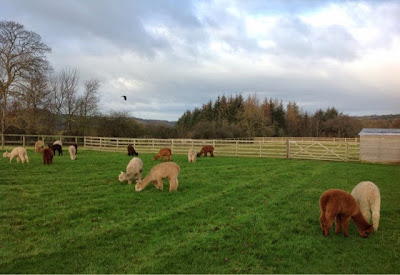 The sixteen weanlings enjoying the fresh grass...so far so good!

Last Sunday some of the NWAG members met for a fleece rummage before enjoying a lovely Christmas lunch at the Heather Glen. As you can see from the photo below, some members were taking it very seriously. I think we need a caption competition " Amanda doesn't normally like to point the finger...but if this fleece is black then..." 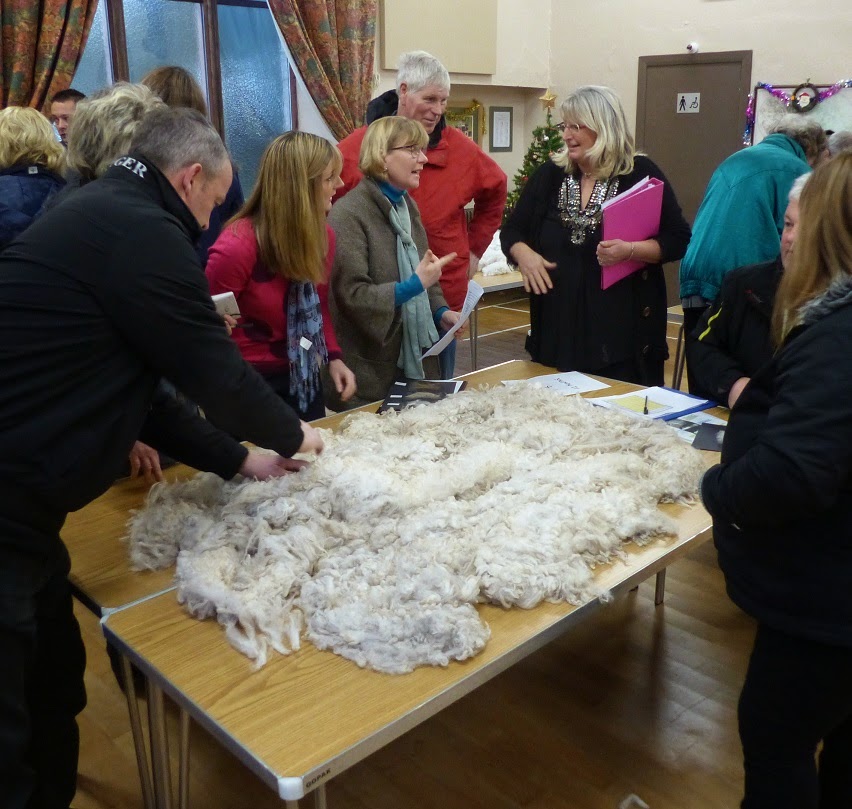 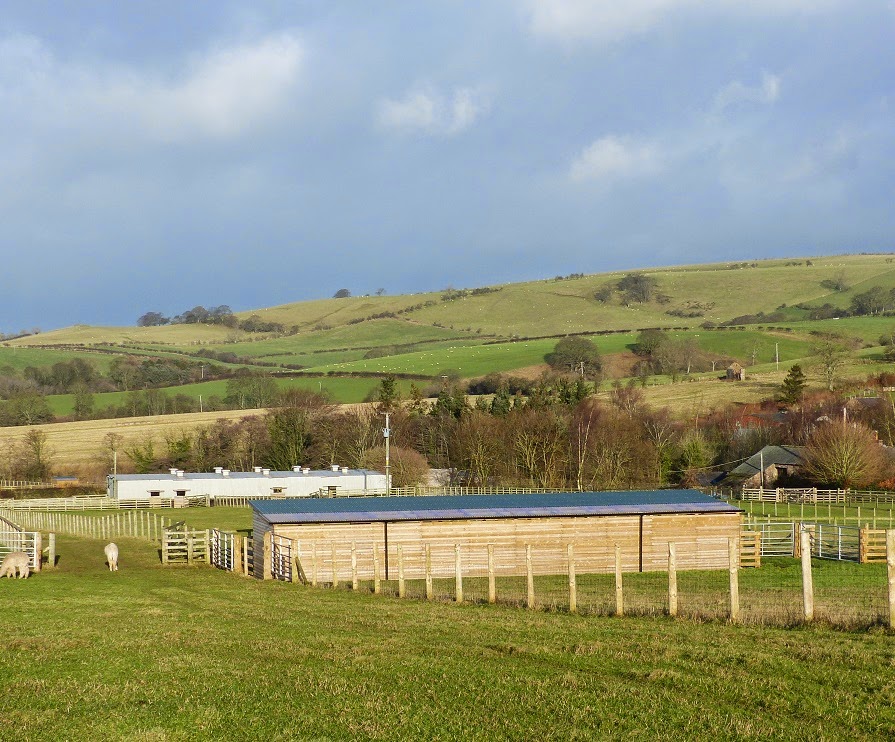 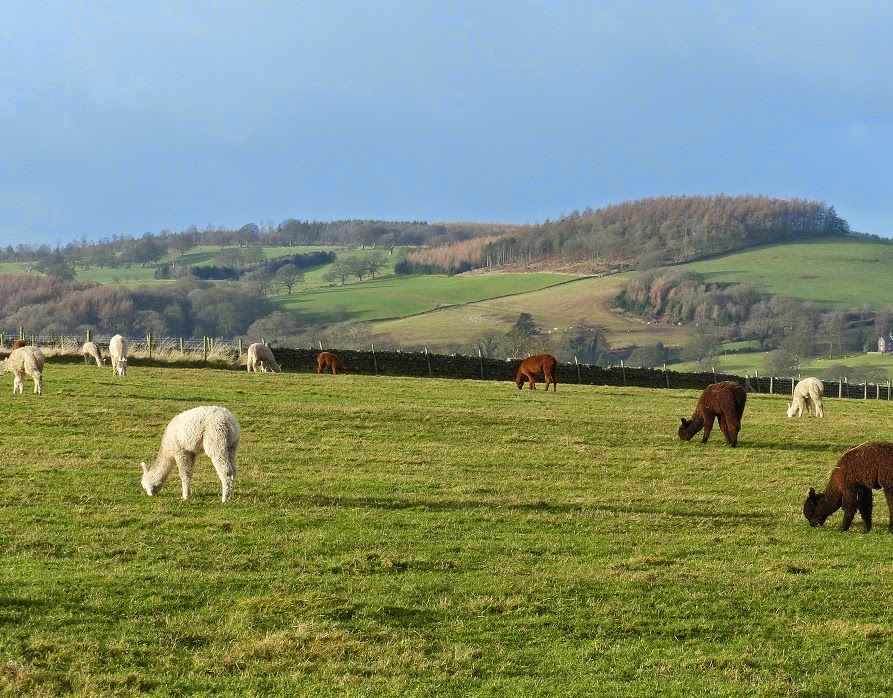