Friends...some welcome, some not so!

It's my favourite time of the year, doing my favourite job. This is when I realise how lucky I am to live with alpacas. Dam and cria watching in the sunshine...it just doesn't get any better.

It might just look like I am sitting on a bench enjoying the view...but it is proper work. Actually, I am only partly jesting, because nothing is more rewarding than knowing your herd...and equally, them knowing and trusting you.

On Wednesday, (admittedly I hadnt looked in the paddock for about an hour as I was busy with other things) I was greeted by a head, neck, and one leg, from Anzac Showpiece. Showpiece is on agistement, but has obviously gained enough trust to just let me have a feel about without assistance. Unfortunately, I wasnt able to sort the problem, so called for Paul. It took him over half an hour (leg back and twisted behind a back leg) but eventually out came a Black Sabbath male (with very long legs). We gave some doxapram and used our newly acquired resusitator to clear the lungs. The vet arrived soon after and intravenous bicarbonate was given. He was soon up and away and has never looked back. He has been named Prima Sebastian.

Soon after this we had visitors. Jane and Barbara had purchased some Explorer matings, and were interested in adding another female to their herd (Angel has been chosen). Delighted to see a new born, they were in for a further treat, when Anzac Sweet Secret went into labour, and again delivered a Black Sabbath male. Note how I get all the females, and everyone else on farm gets males!

This was the third Black Sabbath cria in a row, as a couple of days earlier April had delivered our eighth female for Beck Brow. Named 'After Eight' she has a gorgeous fleece...we are very pleased. 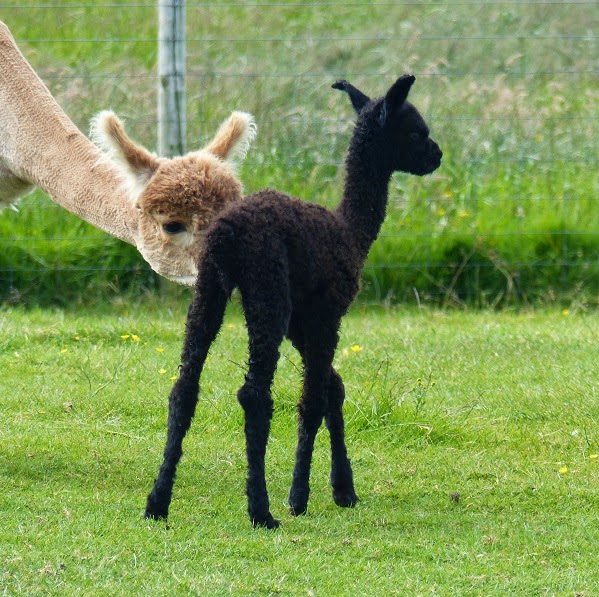 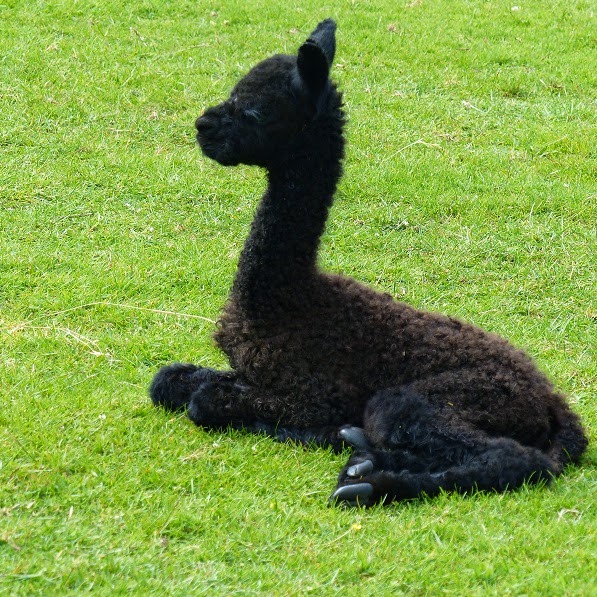 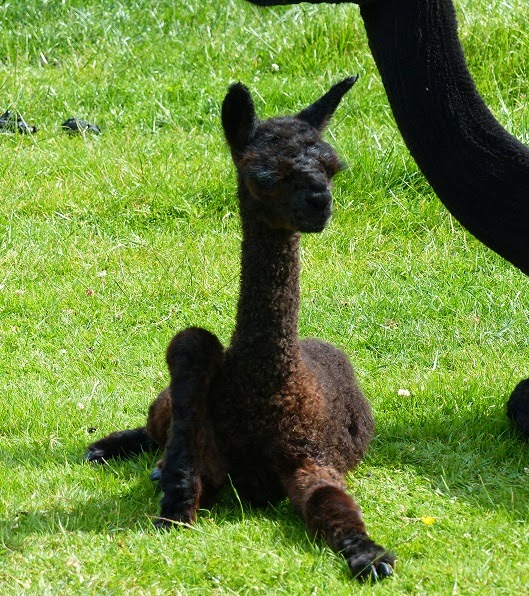 Prima Sebastian demonstrating which leg was back! 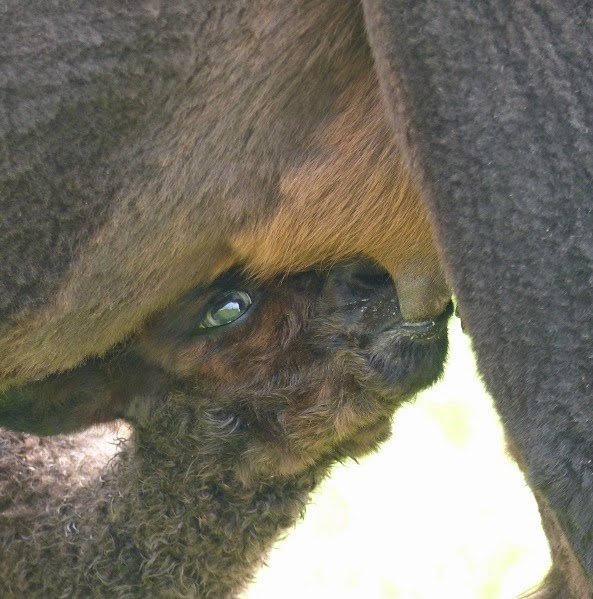 but soon finds the milk 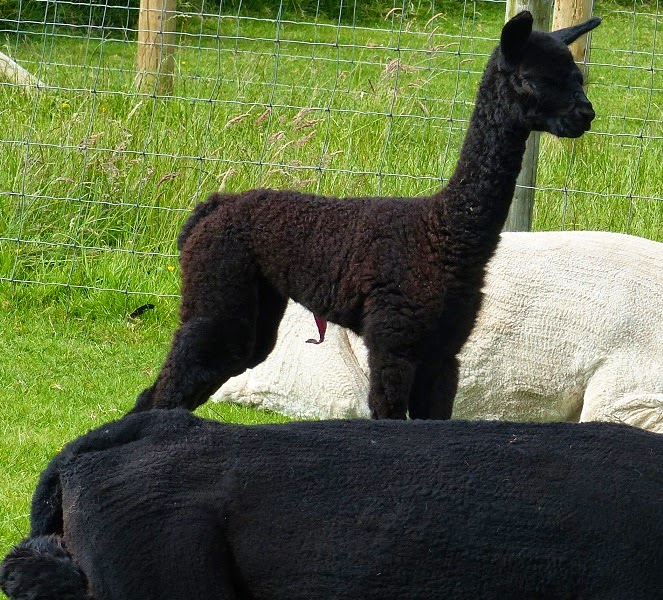 Bozedown Celestrial (pregnant to Beck Brow Explorer) is keeping us guessing. Originally mated  in May last year, she then sat again in September and was remated. However, she looks far too huge for her second dates so I reverted back to her being due now. She is now 377 days! Come on girl...I am sure she is showing signs of bagging up...is it just wishful thinking!

Any way all this watching and waiting has me enjoying the herd dynamics. EP Cambridge Courtesse only joined our herd last year, but is high up the pecking order. Her daughter Beck Brow Bunny Girl is also one of the most forward and confident cria. It seems to follow, if mum has a position, the other herd members show respect to their cria also. 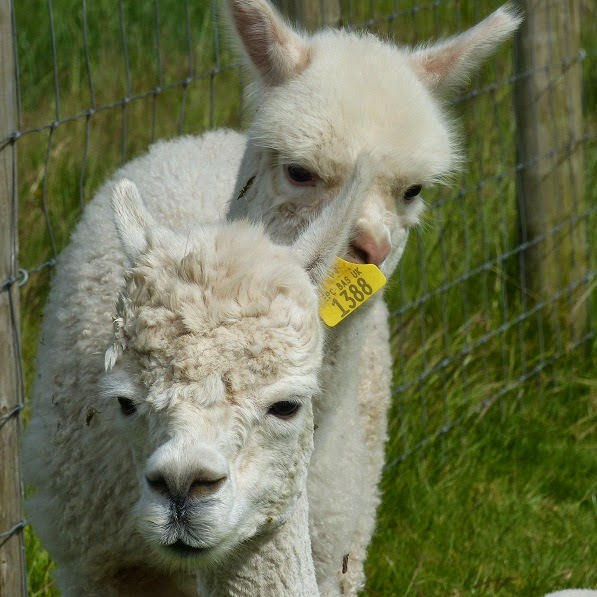 On the other hand EP Cambridge Summer Solstice seems to be bottom of the pile. We put her in the paddock with the dams and cria, and soon to birth females, so not to seperate her from EP Cambridge Stargazer and Stardust. However, because she is neither heavily pregnant nor nursing, she gets all the jobs to do: chasing dogs and cats, and creche duties are amongst her many roles... 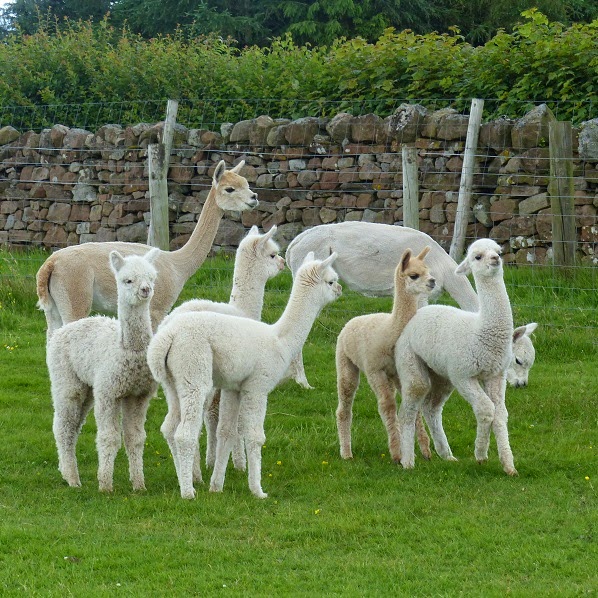 I love the way alpacas form friendships, it is one of many endearing qualities they have. Below is Bozedown Celestrial, who is looking after Seventh Heaven for her BFF Bozedown Magic Charm (note tail out...must be soon!) 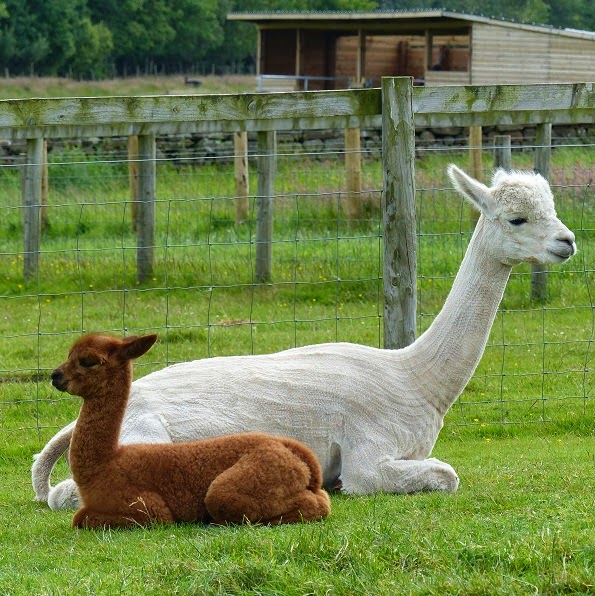 One relationship which isnt so mutal, is that between Crafter and my gorgeous little Epic. With all the matings going on around the farm (everyday it seems) Crafter is getting himself worked up and is practicing what the big boys do...the problem is it is always, without fail, Epic who is the chosen one. Crafter is on his final warning...in with Explorer if he doesnt behave! 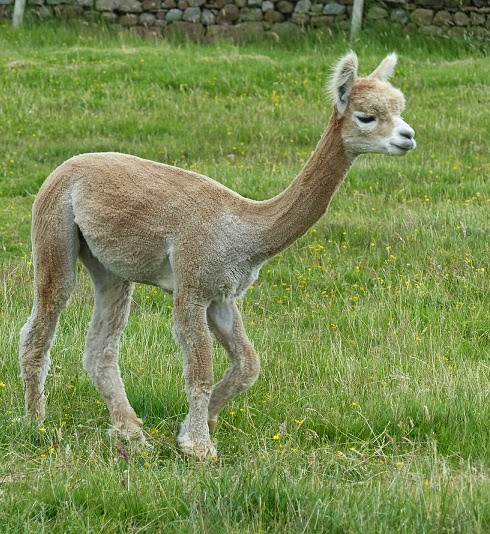 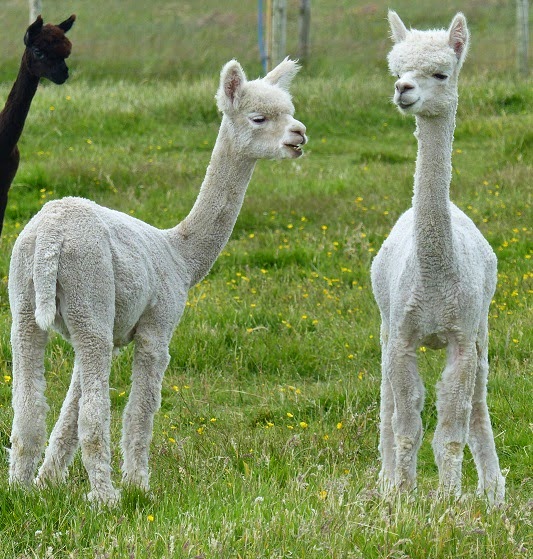 Beck Brow Epic left (not happy after his love in) with his best friend Beck Brow Raffles. 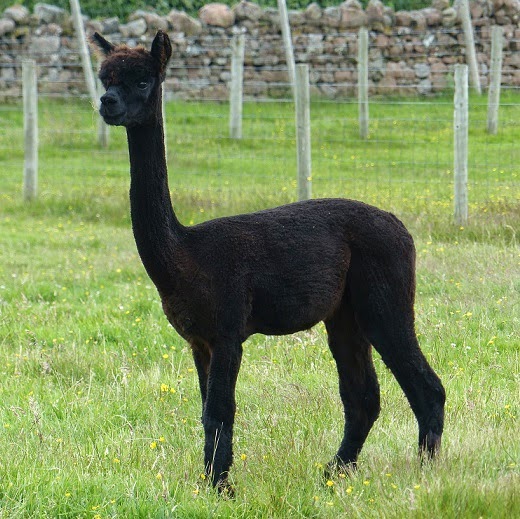