It was vet check day today. Paul from Paragon Veterinary Group arrived this afternoon to undertake a list of general alpaca health tasks. First off was pregnancy scanning:

We decided to scan early this year .Most of our girls were mated June, July and early August so just long enough to be detected using a rectal scanning device. This meant that any girls found not to be pregnant could be re-mated before our cut off point. We really would prefer mid September to be our latest matings for the year. That said Willow (born late Aug) and Pepsi (born late October) our autumn births of 2009, have both done very well: 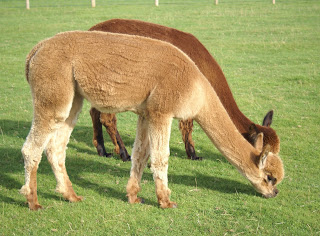 Willow with Pepsi behind. 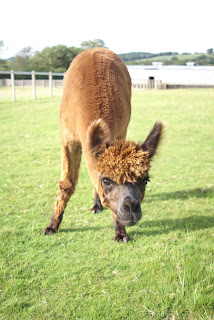 Pepsi ... checking out Tyke (off camera).
Anyhow as all of the girls scanned pregnant we don't have to make any decisions as yet. Hoity Toity of course has just been re-mated. The vet agreed that she appeared well in herself and was in good condition. It was decided that our drenching regime was adequate without any further supplements. As Paragon is a member of the XL Group: Sharing Excellence in Practice; they are to seek advice regarding any possible hormone treatment that may be required. Hopefully some other veterinary practice within the group will have had experience with recurring loss of pregnancy in alpacas that they can share. 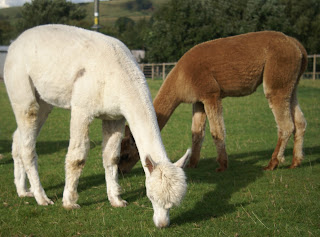 Hoity Toity (she never looks at the camera!)
All the cria had their microchips inserted (I really don't like the idea of doing this myself) and Blanche's skin complaint was diagnosed as dermatitis with some fungal secondary infection. She is to have an anti-fungal scrub applied (what fun!).
Paul is working hard on his 'week off'. Thursday we are stewarding at Westmorland Show. We thought that it would be good to be involved even though we are not showing. I am getting some experience as assistant inspection steward (I completed the BAS stage 1 course which allows me to act as inspection steward so I though I may as well get in some practice). Paul is going to be ring steward. I just hope that he doesn't get kicked because his usual response when this happens is not for publication *$^£"^*"!!. 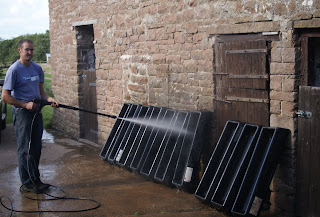 Paul completing one of many tasks on the list!
Velvet, lovely as she is; is wakening us up between 5.30 & 6.00 am every morning. Paul was just debating whether the pleasure of pets outweighed the hard work when I looked out of the bedroom window and saw that the girl ponies had escaped. Luckily they had decided to go in the open garage rather than down the lane! 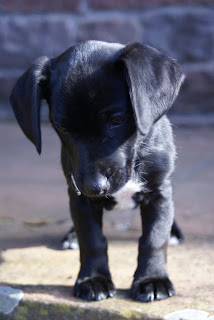