Having decided to wait until I had some cria photos to share before writing a blog; I am now a week or two behind...a combination of being too busy and so much wet weather...at last today some sunshine (well its not raining and the sun is teasing us from behind a cloud) and a chance to get out the camera.

The births on the farm so far...

First to be born was Prima Imagine who is now 18 days old. A lovely blue black, Black Sabbath female, born at first dawn, she weighed a healthy 9.4 kgs. By the time she was a week old she weighed 12.6 kgs, I don't think I have seen such weight gain!

Second to arrive was Prima Ringo another Black Sabbath progeny. Ringo was born at 4pm and was rather down on his pasterns and not looking to drink from his dam. He was bottle fed bovine colostrum and subsequently goats milk, given plenty of vitamin B1 injections, and he was off and away feeding from his dam by day three.

We unfortunately had a very disappointing start to our Beck Brow birthing season, when I found a dead cria at 5.30 am. Our beautiful Cat's Pyjamas had birthed 6 weeks early and during dreadful weather. Very sad, but we console ourselves that Cats did not come to any harm (I perish the thought had she got in to trouble in the middle of the night).

Next to birth was Anzac Amaretto, the first Goldmine cria for the Prima herd. A very dense and curly beige female, again born early morning. This one has been named Lolita.

Then at last it was our turn, born at 6pm (what is happening this year, we normally have births between 9am and 3pm, no one so far has played ball) we welcomed a handsome dark brown male from Bozedown Campari and sired by Timbertop CT Goldmine. As this is exactly as I would have requested, I have named him Beck Brow On The Money. He is looking very promising...time will tell.

Continuing to keep us on our toes, we had another Prima herd female birth at 7am the following morning. A whooping 11.1kg Black Sabbath dark brown (could be bay black!) female. Named Prima Michelle (you may have guessed by now...Prima are having a Beatles naming year).

Last and indeed least we have another Beck Brow cria. Beck Brow Foxy Sox birthed at 333 days. The only one to have read the chapter on time of day to birth (if not the part about gestation periods) she had a lovely fawn male at 10.30 am. He was a little premature in presentation and only weighed 6.1kgs, but he is doing well. He also had bovine colostrum and vit B1, but drank from mum the same day, once he got some strength to do so. Foxy Sox was rejected by her own dam and was completely bottle fed, no chance she is going to do the same, she is the most loving and attentive first time mum. With so much rain the poor little man has been in and out, and in and out, of the barn trying to avoid a soaking. With his full Australian pedigree we have named him Beck Brow Dingo 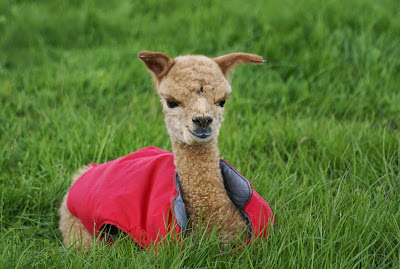 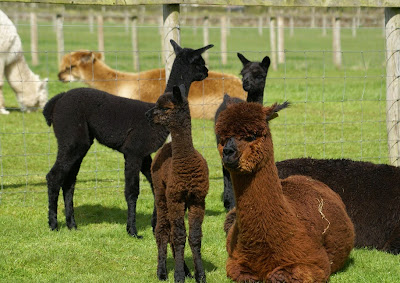 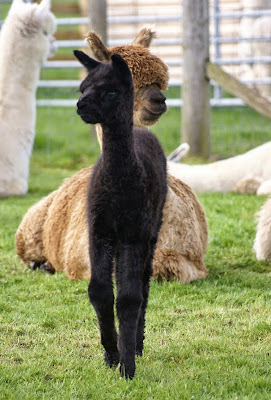 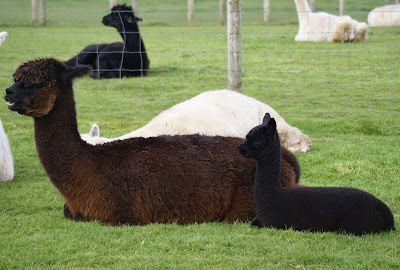 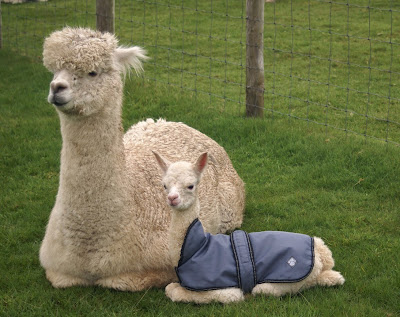 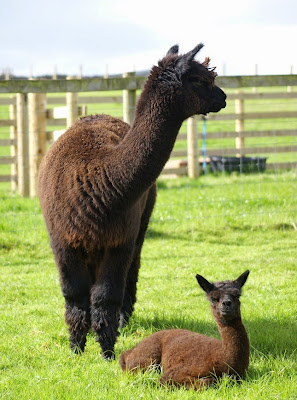 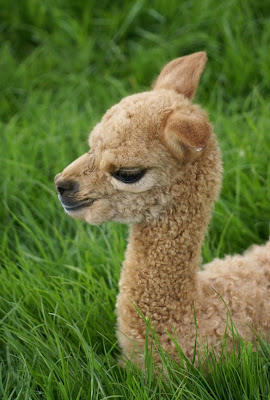 and finally Dingo gets his coat off!!

Galaxy, who was scheduled to have the first cria of the year, is now 367 - days gestation. Stargazer and Solstice are both 351 days, so hopefully exciting times soon.

We added six cria and sold eight boys over the past couple of weeks. The boys have found homes in Scotland, Lancashire and Yorkshire. Two of the boys, Epic and Raffles were amongst my favourites, I was sad to see them go but they have definitely landed on their feet with five star accommodation... 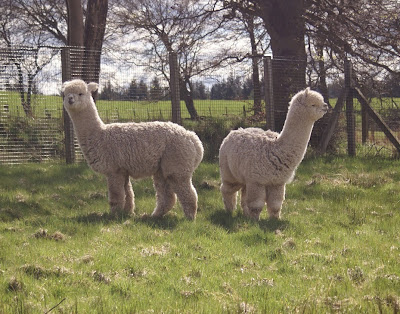 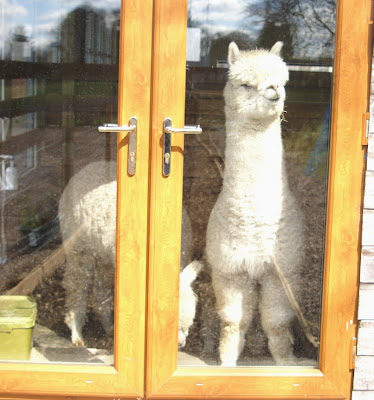