The postmortem and happier times.

I promise that this blog will end more cheerily that the last, but I will start by sharing the results of the postmortem on Clould Nine. The cause of death was peritonitis secondary to a ruptured abscess in the third stomach. The presentation of her illness now makes perfect sense. The abscess was causing the pain and the colic, when it initially burst she felt rather better for a short while. However, after that the infection took hold, and she became seriously ill very quickly. Knowing the facts I am pleased that she did not suffer long. RIP beautiful little Clould x 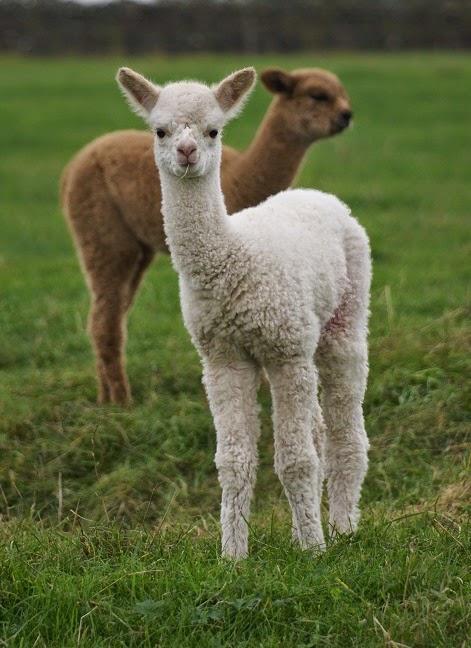 All these little Explorer cria do look very alike. They even have the same personalities. As someone who has a couple of Explorer offspring said to me recently...you wouldnt need to DNA test them...just squeeze them and they all quack like a duck!

One particulaly cheeky one is Adventuerer, who obviously isnt getting quite enough milk from his own dam, so steals from Bozedown Celestrial. He and Trendsetter (Celestrial's cria) are best buddies, and he sneaks in for a feed at the same time as she does. I have noticed if he goes on his own Celestrial wont allow him, yet she sniffs both bottoms when they feed, so she knows he is there. 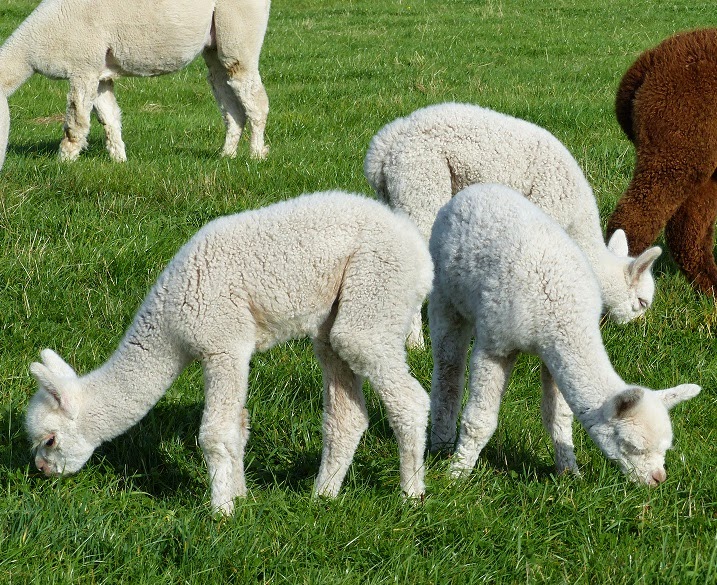 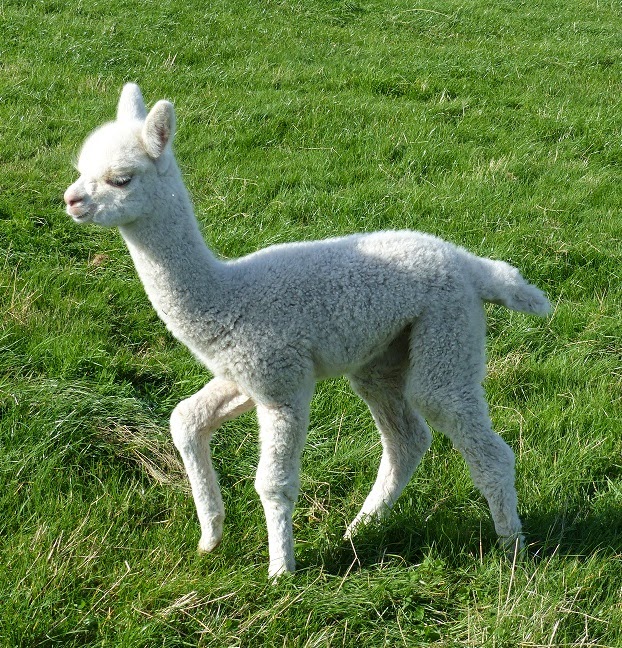 Beck Brow Explorer is proving himself to be a prepotent male, with his offspring having a similar fleece style and look about them. This very much seems to be trait from his dam Cambridge Camilla, whose cria and the resulting off spring (grand cria) all have a look of her. Below is Beck Brow High Five, who is full brother to Beck Brow Explorer (dam: Cambridge Camilla. sire: Ep Cambridge Navigator). The next photo is of Explorer at a similar age...they do grow in to swans!!! 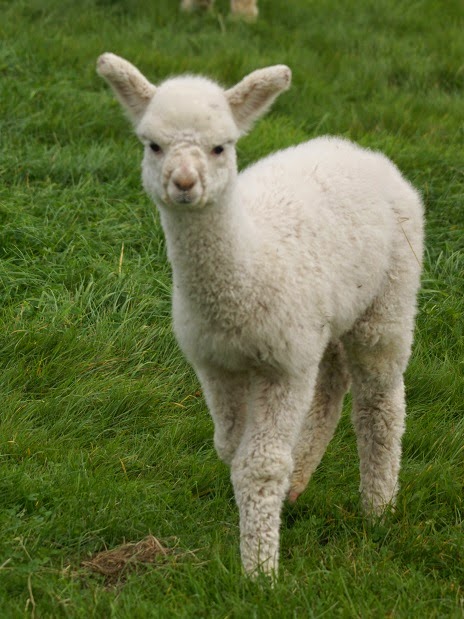 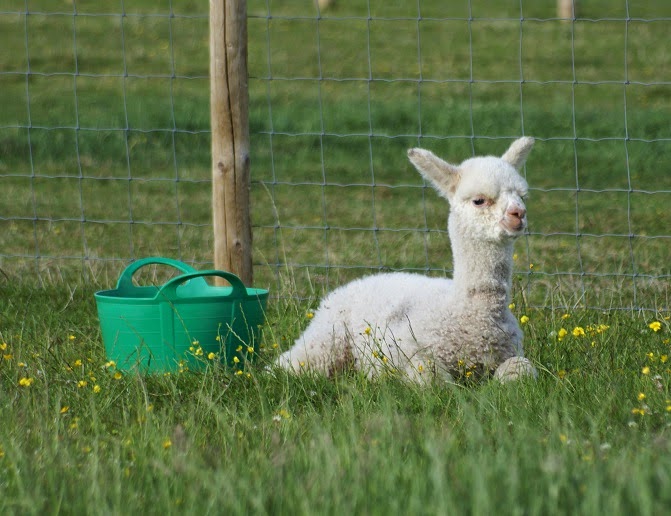 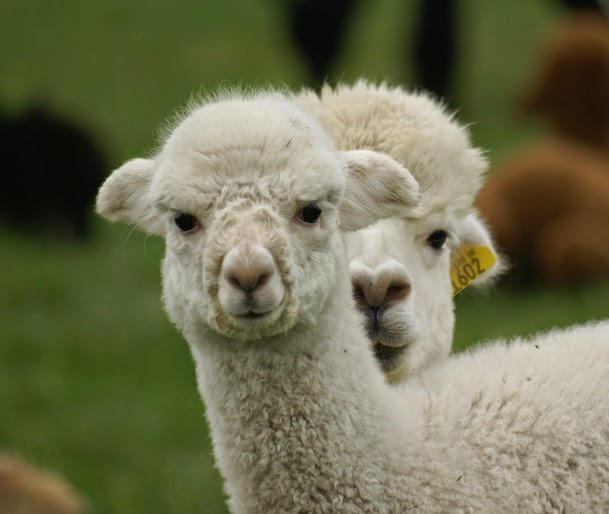 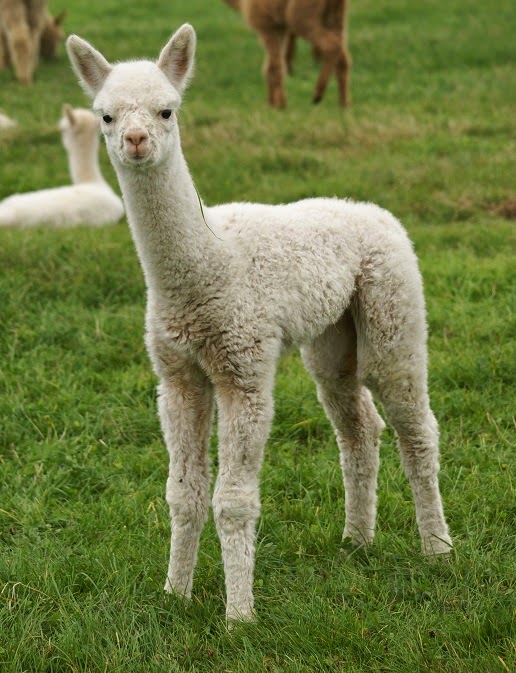 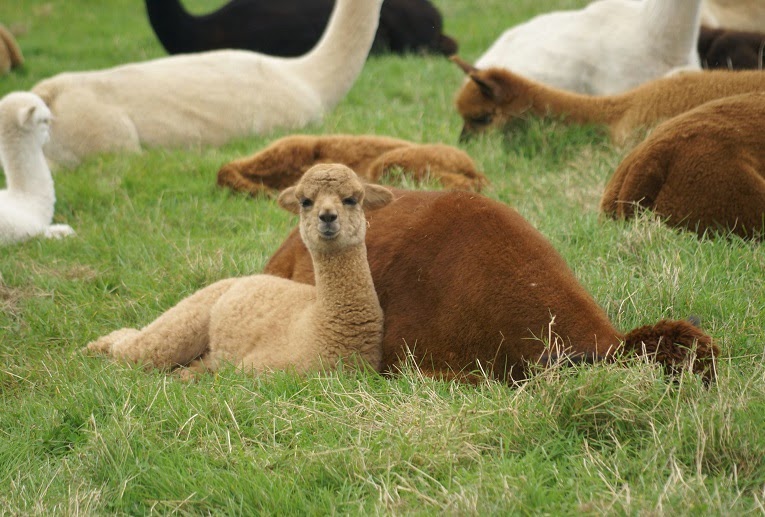 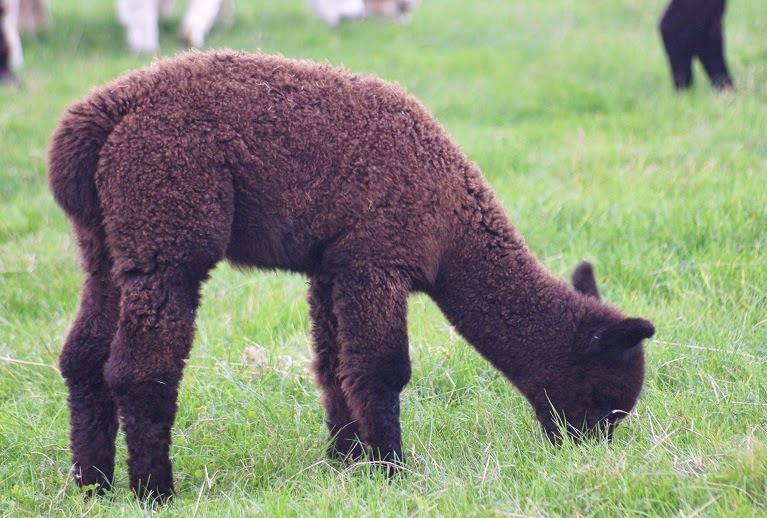 We are still waiting for our first and only 2014 Timbertop CT Goldmine cria. Easter-Wood Adelle is 343 days today. I was hoping this late in the year she might have got a move on...my guess is it will be tomorrow (I say that every day!) 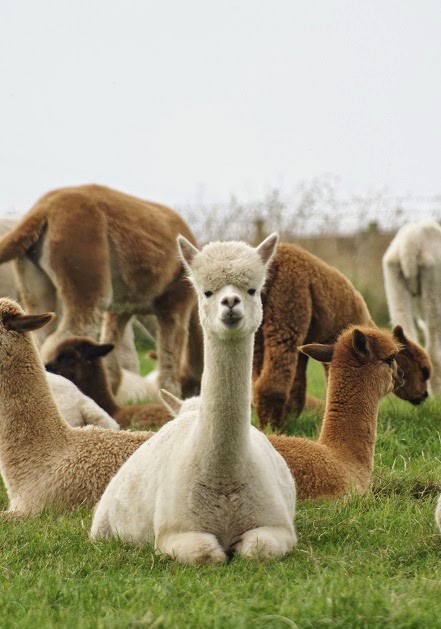 Easter-Wood Adelle
Posted by Unknown at 15:49