We have had a busy old time with drive-by matings to the farm, mobile matings, and on farm matings. Of course it is always good to catch up with fellow breeders, so it cant really be classed as work. However, a free weekend looks a long way off. At least we get about, on Saturday we were in Cheshire doing matings, and on Sunday in Scotland! Paul is doing the mobile matings next weekend, whilst I stay home to oversee drive-by matings with some of the other boys...I elected to stay home as Cambridge Camilla is due (EP Cambridge Navigator cria) cant miss that one!

We will be leaving quite a few of our females open this winter. So probably only about 20 - 23 of our own females will be mated. We are back down to 50 alpacas (without this year's cria) having sold one or two males recently (more than 50% of the alpacas at Beck Brow are now agisted!).

The hay has been cut and the sun is shinning...fingers crossed it remains that way until Thursday at least. The girls have been enjoying the new paddling pool (£10 Asda!). Pebbles was first in and refused anybody else access.... 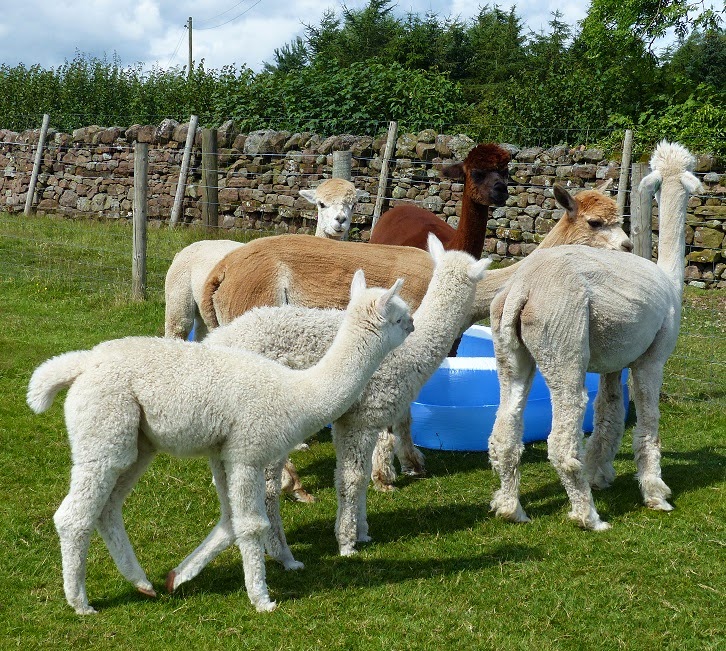 but Summer Solstice (who I though was timid up until this point) managed to turf her out... 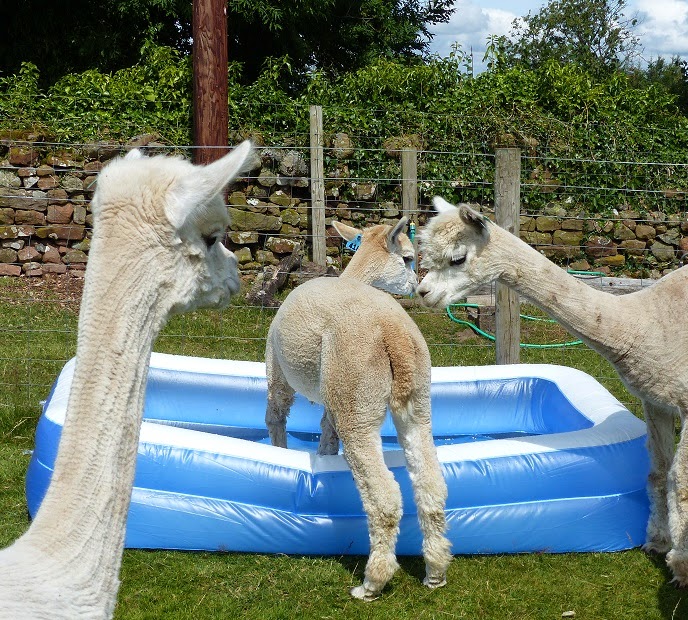 relegating Pebbles to the baby pool... 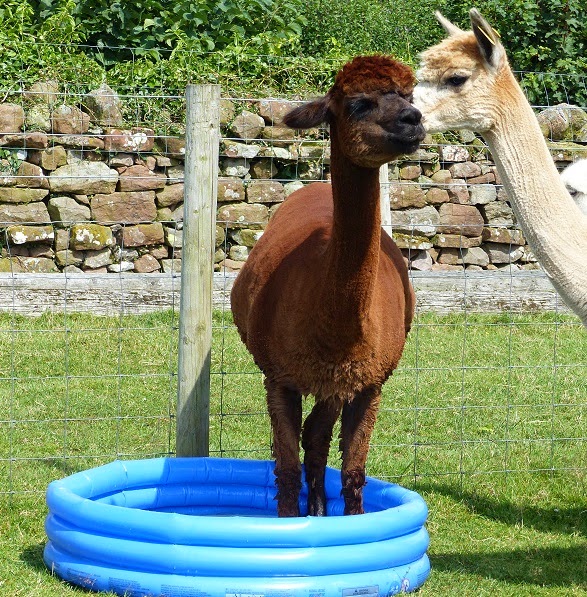 not a good look Pebbles...heavily pregnant and wet legs! 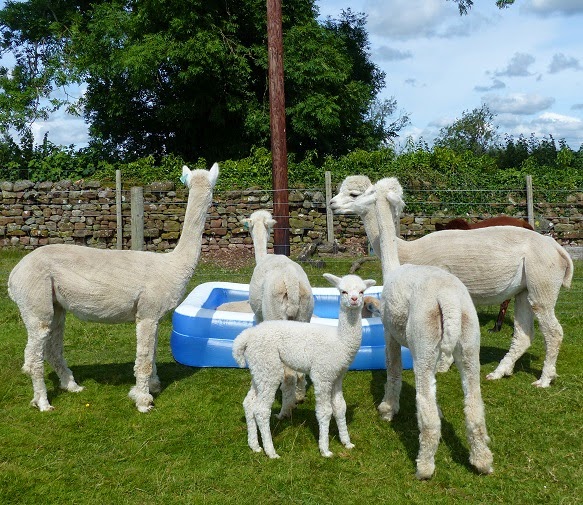 I just love the way Asterisk likes to be in photos...and always looks grumpy...just like Explorer did as a cria!

We have had one birth, just not ours. Waradene St Patrick had a lovely light fawn daughter (I know she looks white in the photo). She is adorable...I want her... 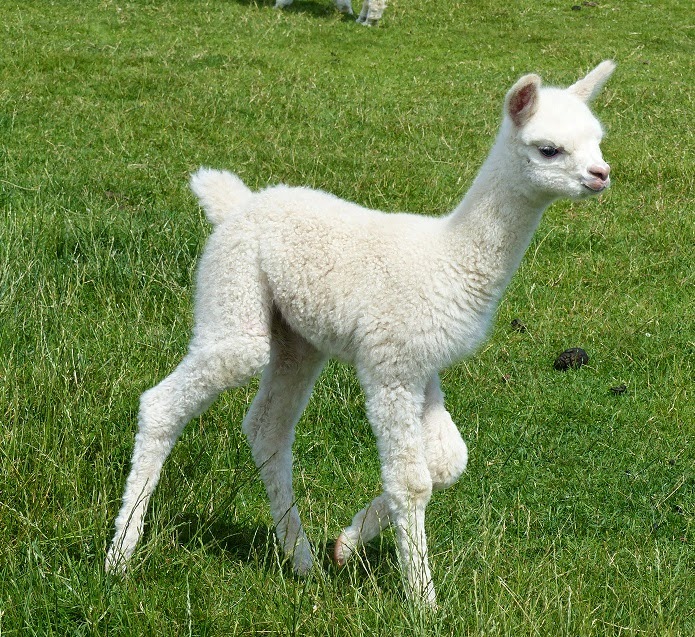 One week old
Some photos: 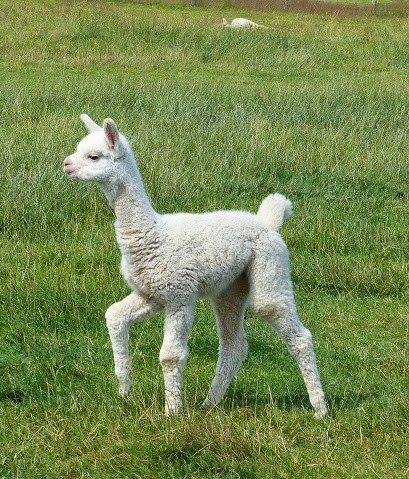 Beck Brow Bottoms Up! (someone sleeping behind) 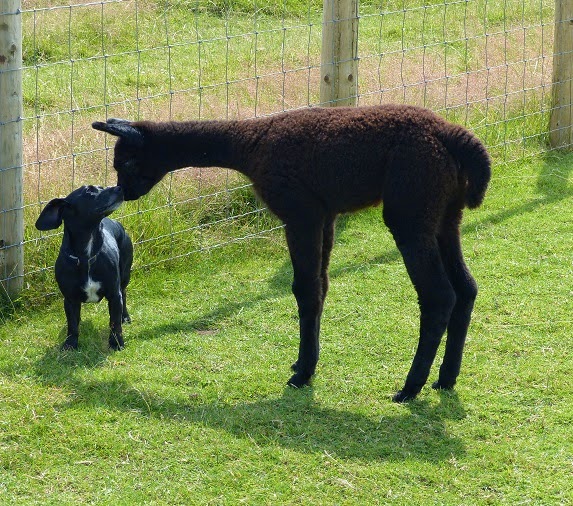 Beck Brow After Eight  (this year's mischief) with Velvet

Just to prove we do all colours... 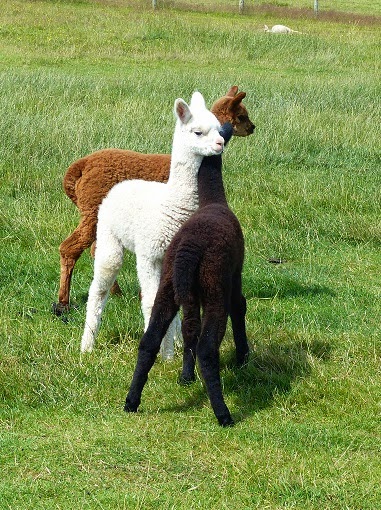 Bottom, After and Cloud Nine 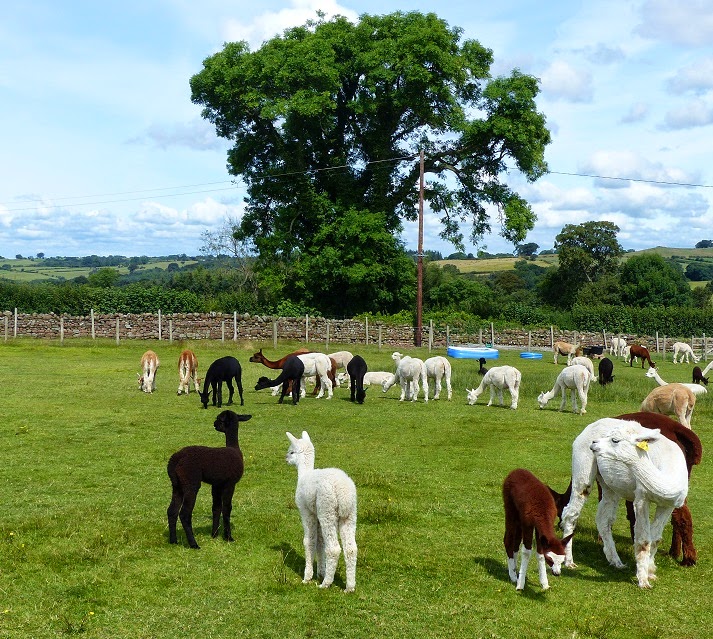 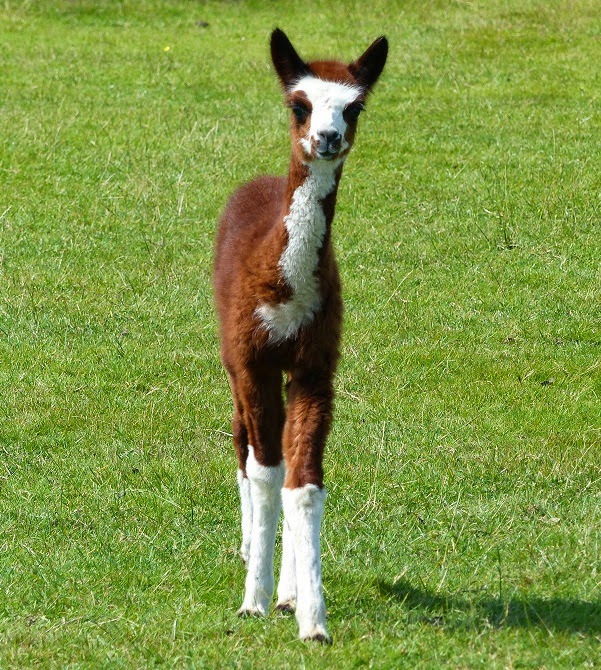 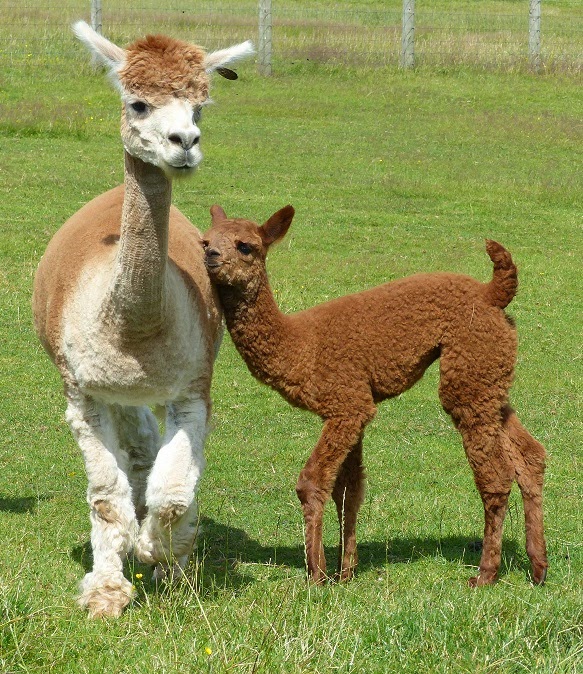 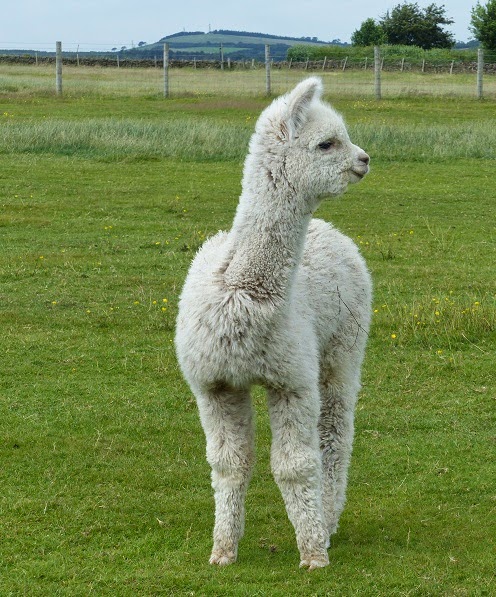 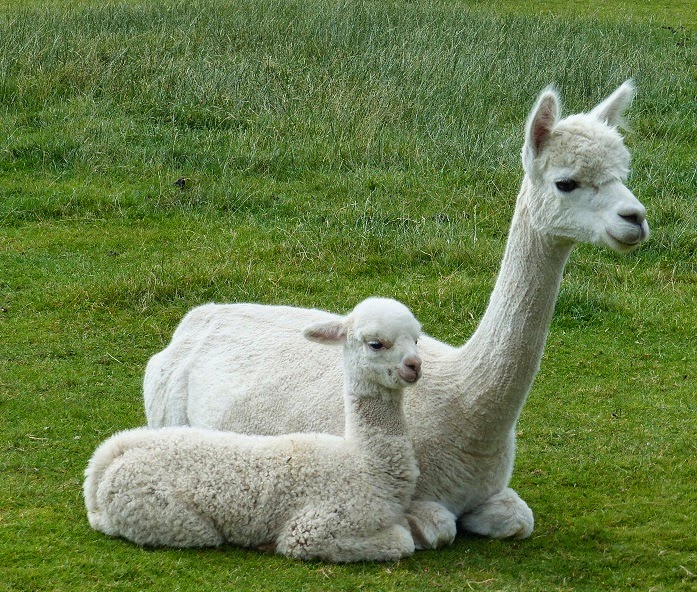 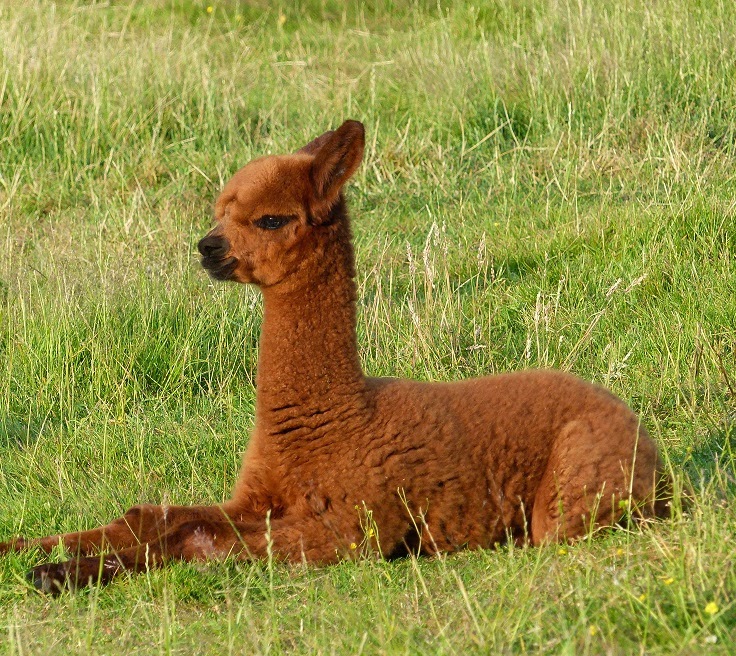 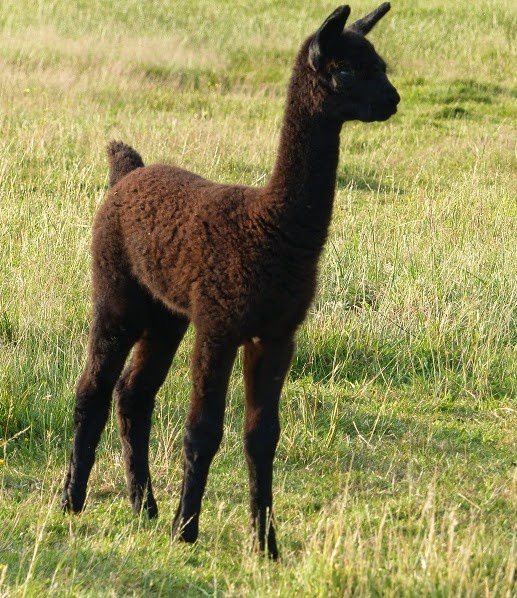 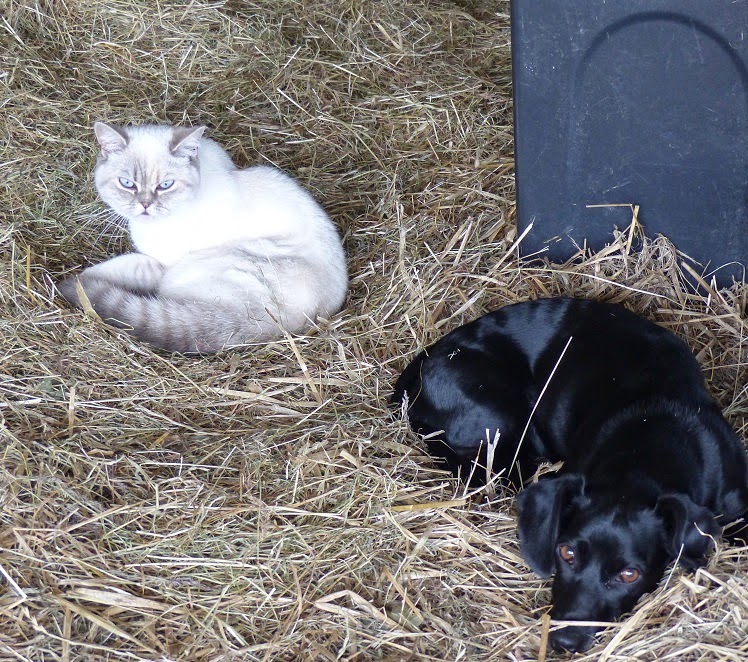 Velvet caught sleeping with Angel
Posted by Unknown at 13:51