There are lots of exclaming... "I can't believe it's less than two weeks to go"... around here. Yes, the BAS National Show 2014 has rather taken over my life of late (www.basnationalshow.co.uk) and will be all over before we know it...but more importantly Robyn and Craig will be parents before then...Granny days are looming!

However, I cant ignore the show, and on Friday we decided it was time to put in some halter training for the junior show team, and check their microchips. Only poor Cat's Pyjamas needed a replacement microchip. I got the job of inserting the microchip, and Robyn got the job of  'loving better' . 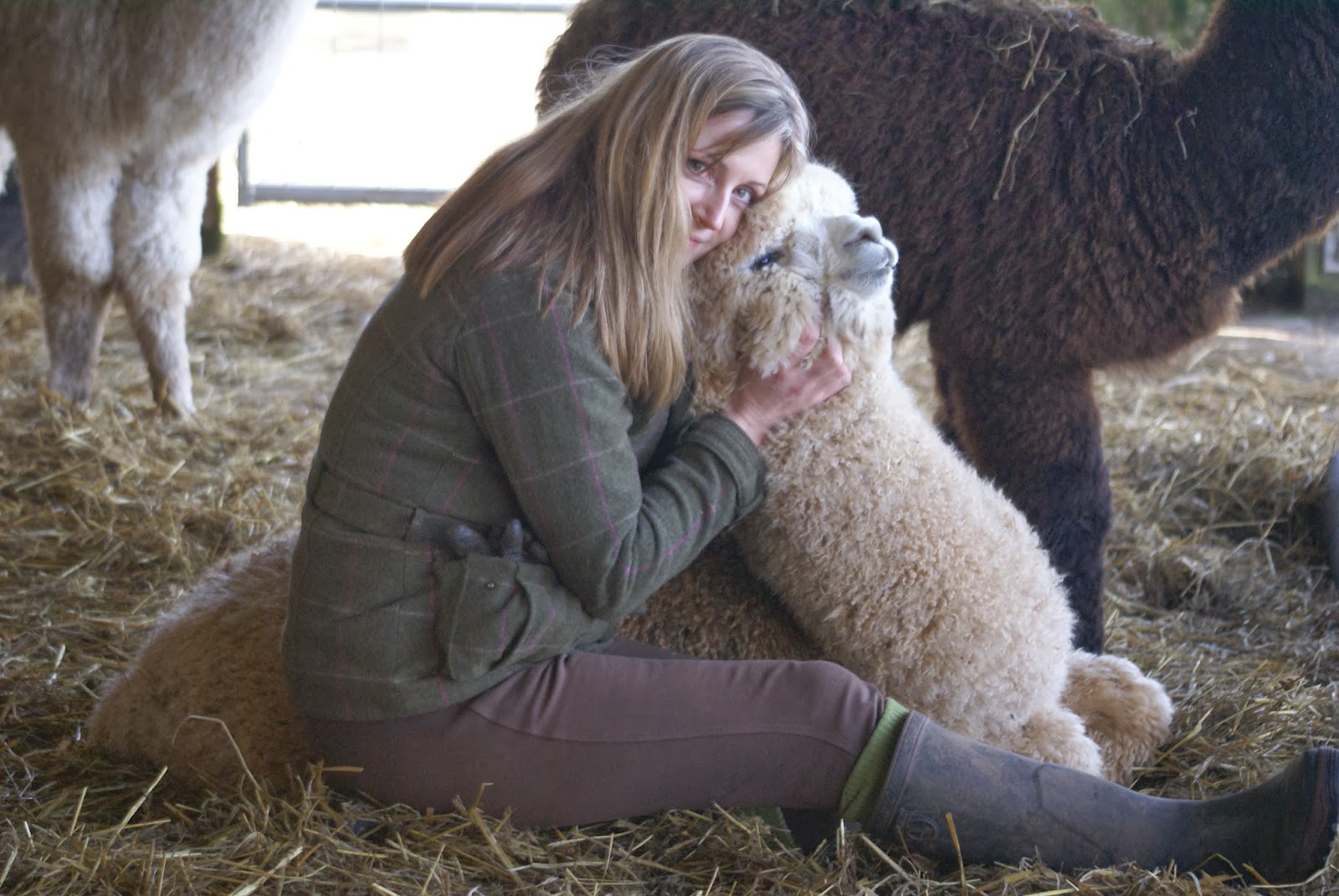 Paul and I have been having a difference of alpaca opinion. Now, I have to say that Paul rarely interferes in the decisions made about alpacas, so when he does I do try to listen to his views. The last time he felt strongly about something, it was about taking Cambridge Camilla on a date with Cambridge Navigator (parents of Beck Brow Explorer).I really don't like Camilla leaving the farm, but off he went with her down to Houghton Hall Alpacas, and we are keeping our fingers crossed for an Exploress. I am sure he will have made the right choice.

Anyway, I am now in a state of indecision. Without consultation it has to be said; I had decided to prepare Anzac Almost Illegal for our 'for sale' page. Almo (as we call him) was bought as a young male, and it was intended that he would be a working stud male for us when he matured. However, in the meantime we purchased Waradene St Patrick (but kept Almo to go over his daughters). Now of course we have purchased Timbertop CT Goldmine. So, we have no work for Almo. He has been on loan for the past two seasons, but he is too good just to have the occasional mating. He is sired by Cambridge Stormtrooper (g.s. Jolimont Conquistador) and has great fleece stats for a five year old working male (MFD 21.5 SD 4.5 CF 95.6%). 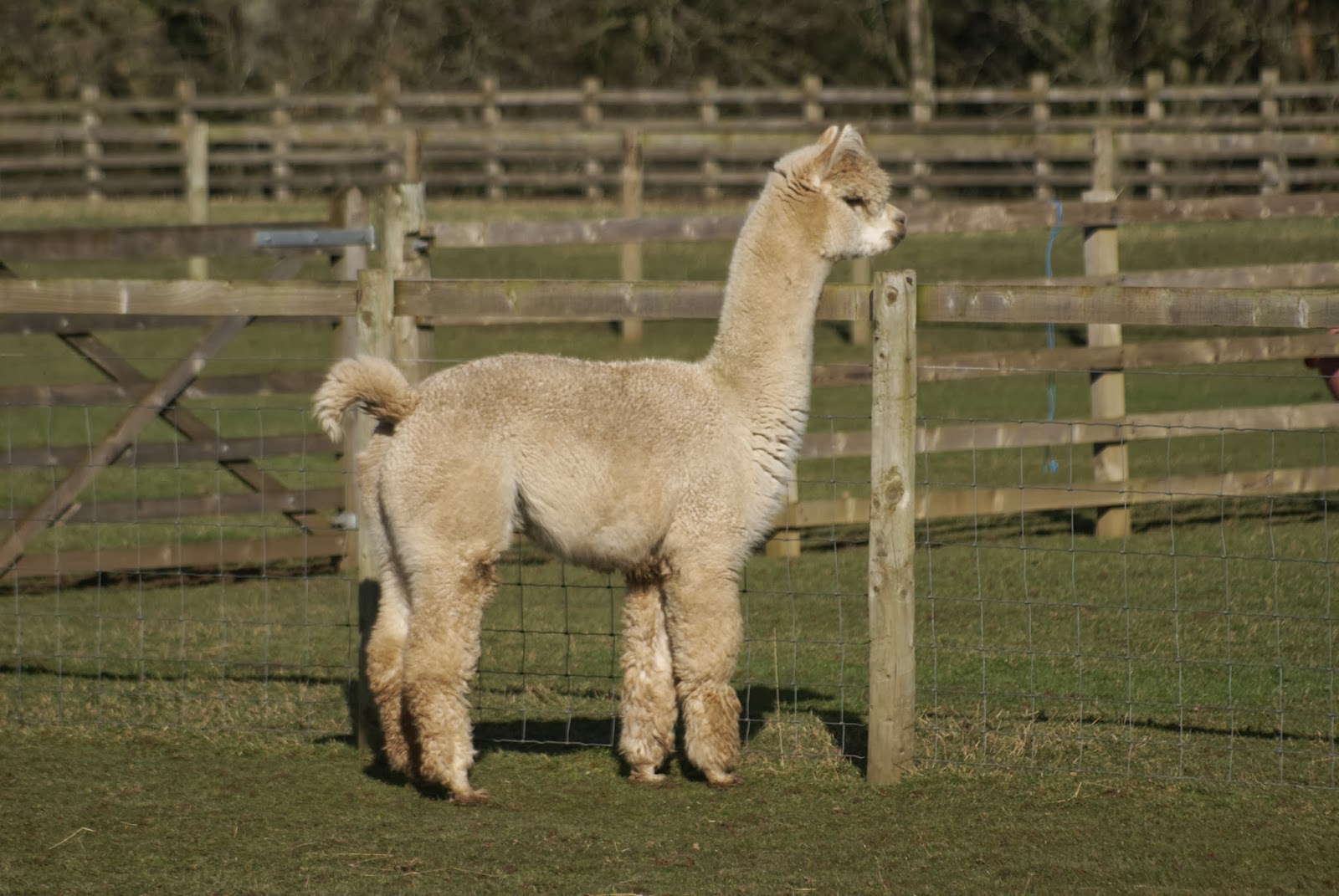 So, pondering Paul's thoughts, I hunted out his first fleece...um maybe Paul is right....it might be a crime to not use him! 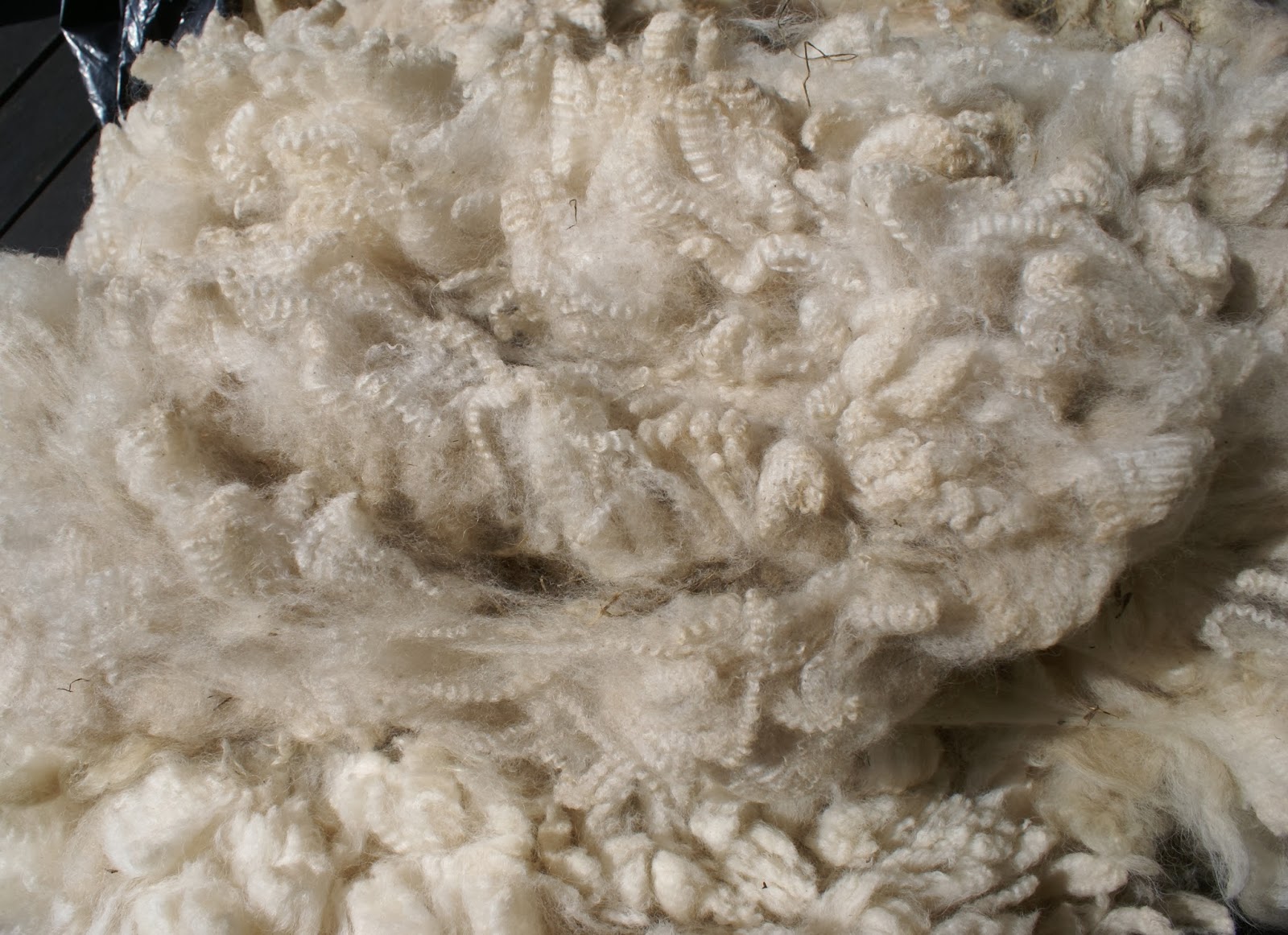 The sun is shining today and the weanlings are loving it (all 35 of them). The boys decided to play rough and tumble... 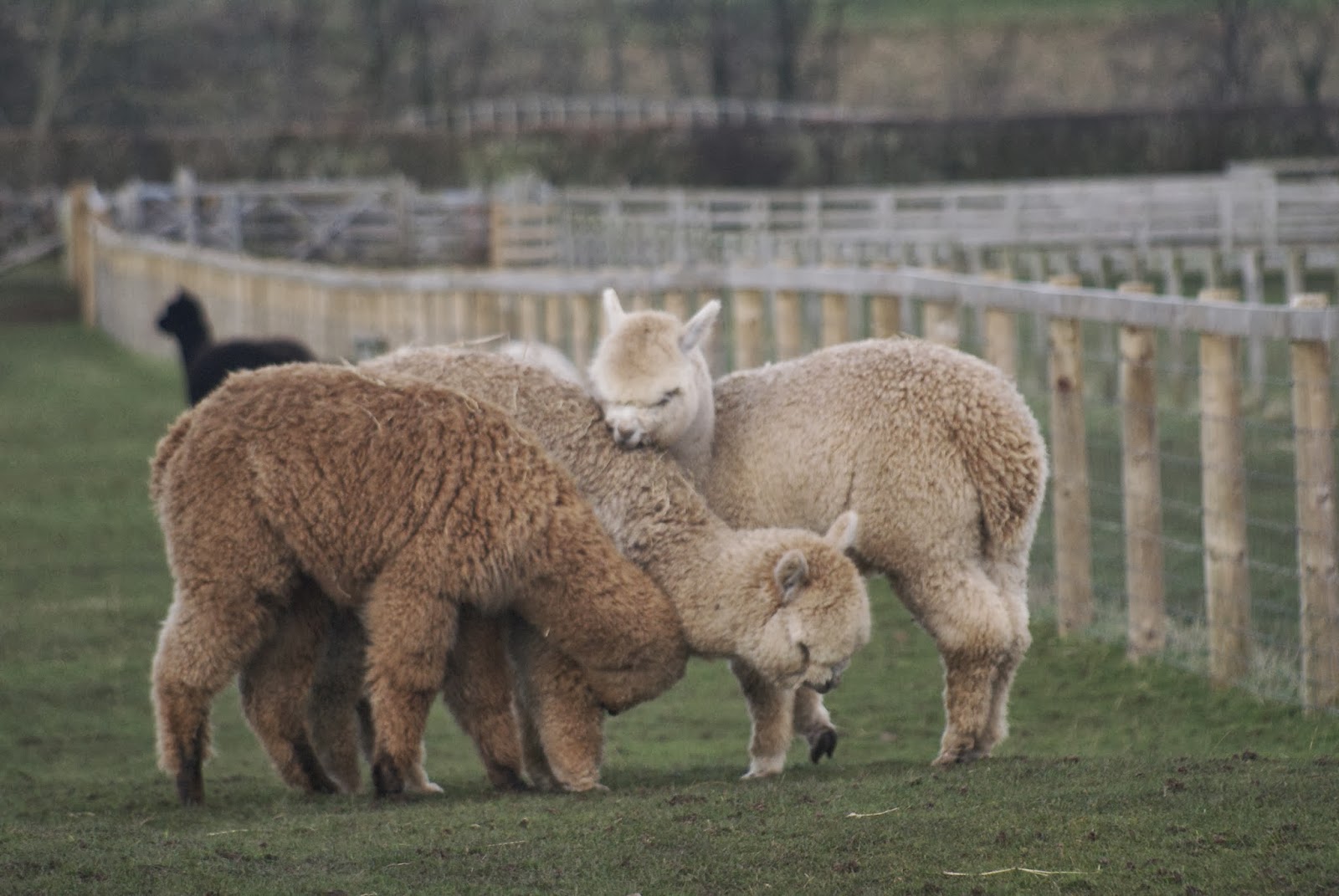 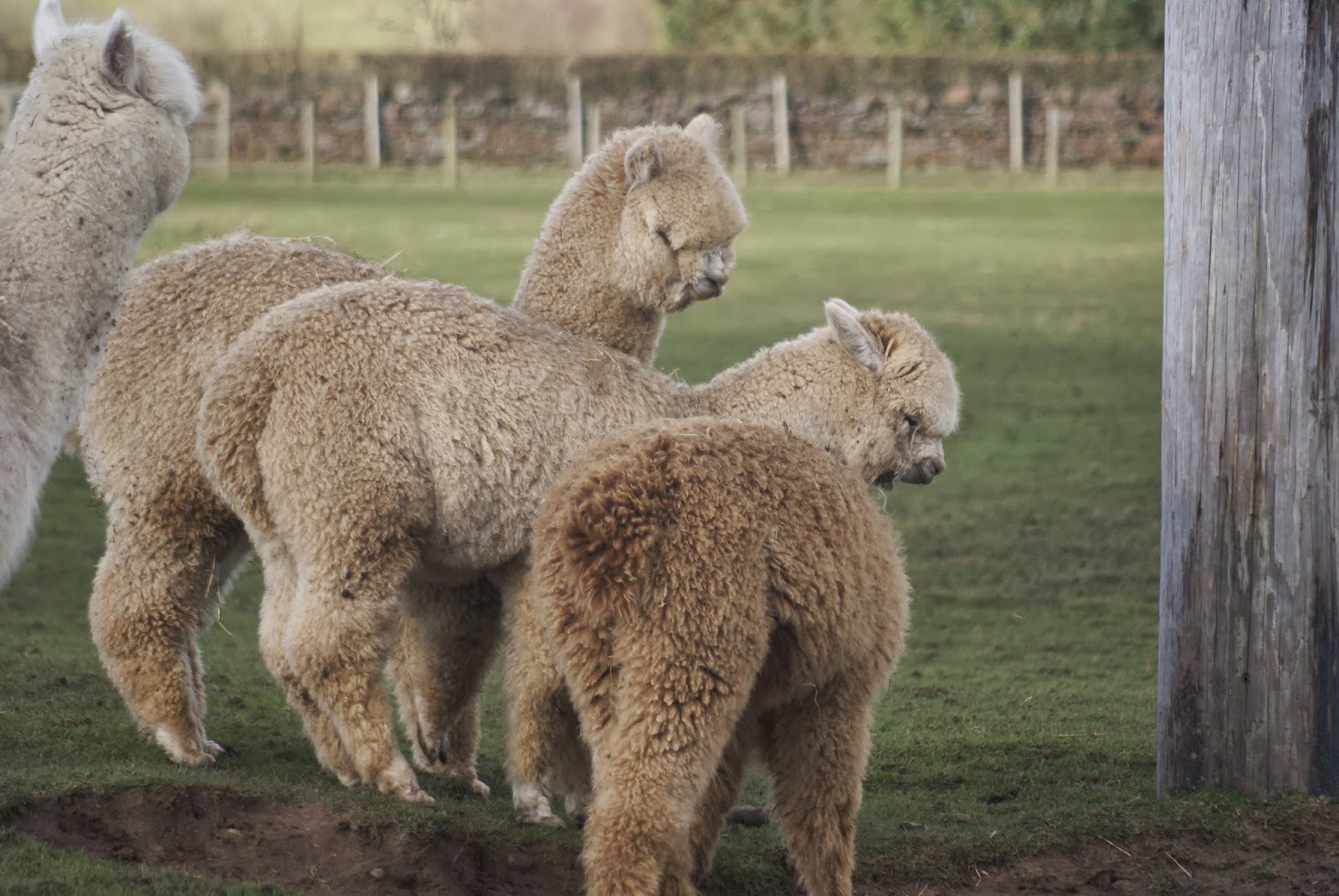 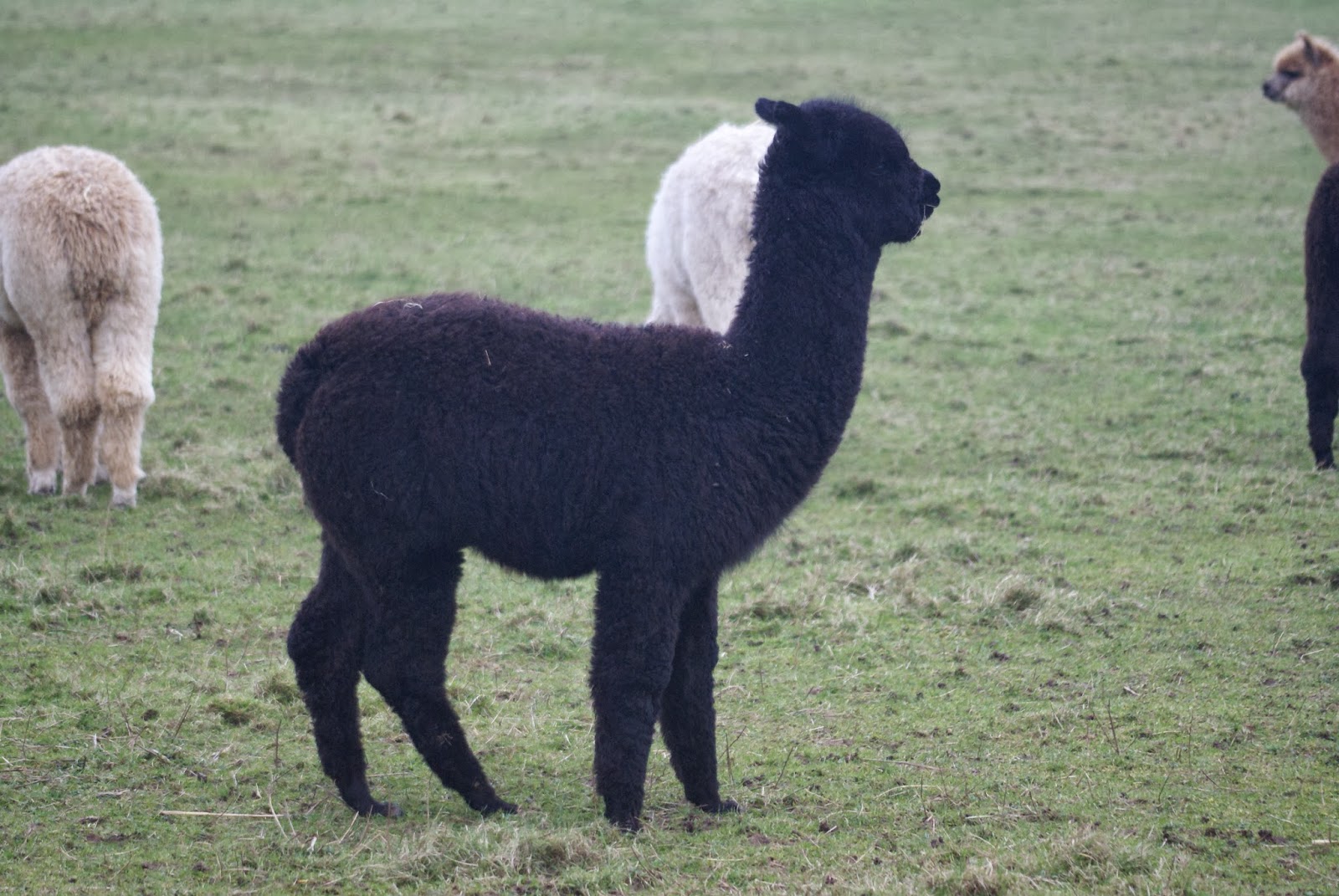 Sunday always tries to stay out of any rough and tumble...elegance personified 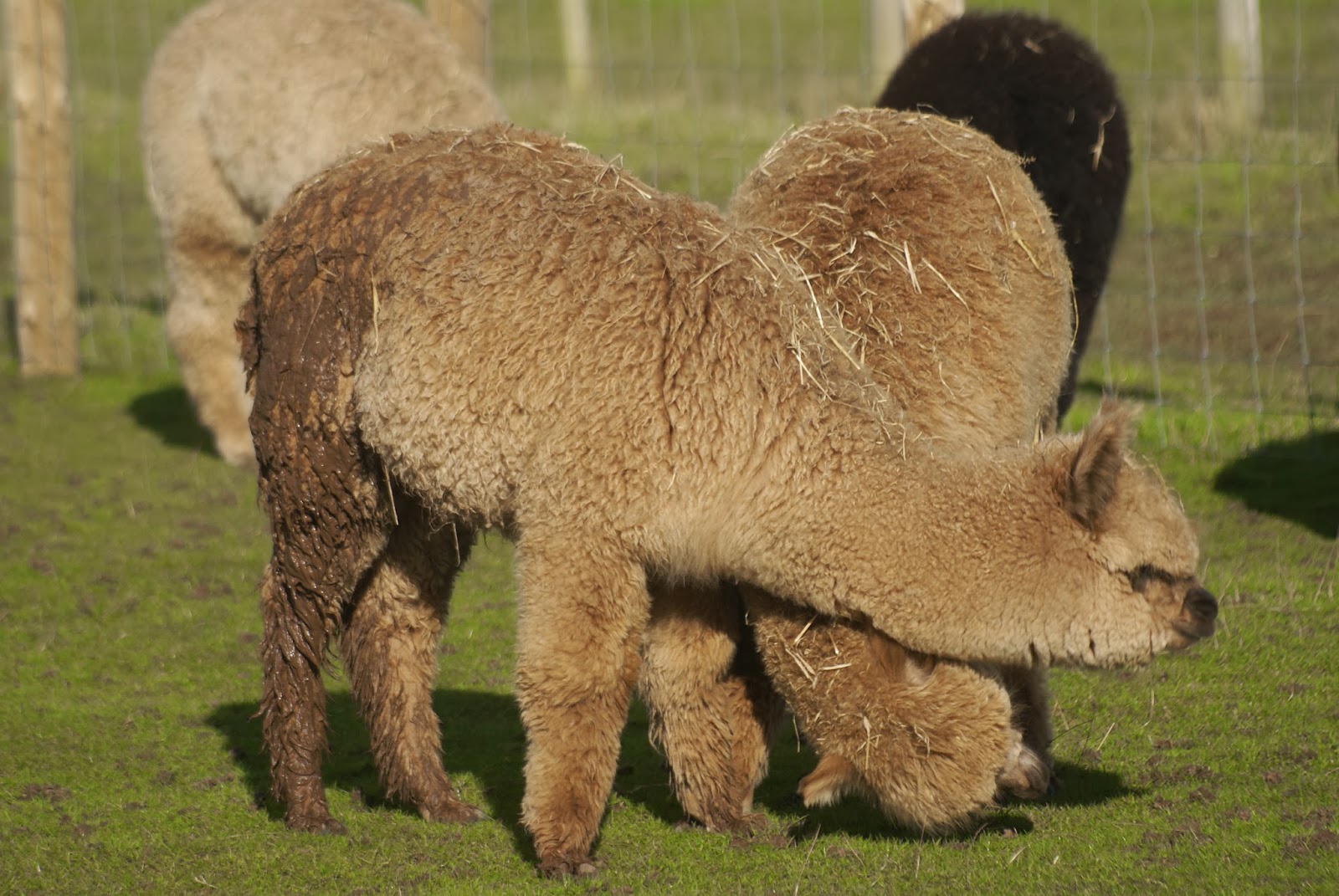 Whereas Penfold has most definitely had a tumble (fortunately not in the show team..but does need photographed for the for sale page!)

Trish, who does knitting for us, has been very busy with the alpaca yarn of late...just a small selection... 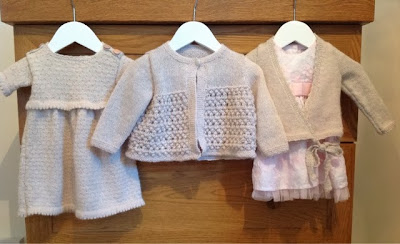