It is that time of the year, when lots of us are thinking about the show season ahead of us. Today I attended a meeting with the manager of Westmorland County Show to discuss the arrangements for the 2012 alpaca event. The team are so incredibly well organised I really have it easy as 'the organiser' of the alpaca show. I can reveal that the committee have invited Catherine Lloyd to be our judge for this year's show. Catherine, along with her husband Matthew, own EP Cambridge Alpaca Stud in Wiltshire in addition to the renown Eringa Park herd in Australia. Last year Catherine was in demand not only on the UK show circuit but also in mainland Europe ...so they have obviously decided that it was best to get the invite out early!

Despite deciding that I should keep politics out of my blogging...I do keep stirring up the alpaca meat for sale debate...it isn't that I am a vegetarian...I am not over sentimental...I am just passionate about advancing our national herd...as well as alpaca welfare. Perry, who now resides in Australia, makes some very valid comments about how the subject of alpaca meat is viewed down under. Thankfully we are no where near having the numbers of alpacas in the UK at the moment that we have to have to make such decisions.

On a lighter note...Yesterday we decided to take advantage of the weather... to have a girls day out walking in the Lake District. Now, there is a bit of theme with our walks...we have a guide book...no proper map...and we get slightly lost. Well, not wanting to deviate from the norm...we got a bit off track...very early on in the walk... To be fair, when we checked the guide book, it had been published in 1999...so what was then described as 'an ill-defined path'...is probably now completely overgrown.

Luckily someone had a sense of direction...well maybe not a sense of direction but an iphone with a GPS...and we managed to find civilisation...civilisation with a roaring log fire...civilisation called The George and Dragon. The barman perked up when we entered...5 females, 2 dogs (including Velvet who also answers to 'Where You Been?'), 4 banana muffins and a banana (I am on fat watch hence no muffin!)...it was obvious that not many folks happened to pop in on a Tuesday afternoon in January...he was very chatty asking where we were from and what we doing...he asked if we wanted his details...just as some of the single girls thought the day was looking up...he produced a business card...Guided Fell Walks in the Lake District!...nothing if not an opportunist... however, I expect that he lost all hope of signing up any clients for anything more strenuous than a stroll... when we ordered the bottle of red wine at the bar!

Finally a couple of photos of the Blueberry girls who have left us guessing...no spit nor sit... 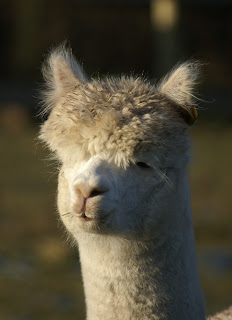 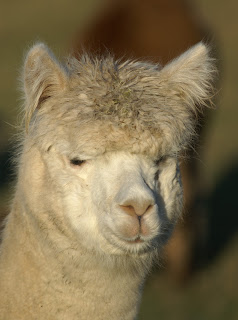